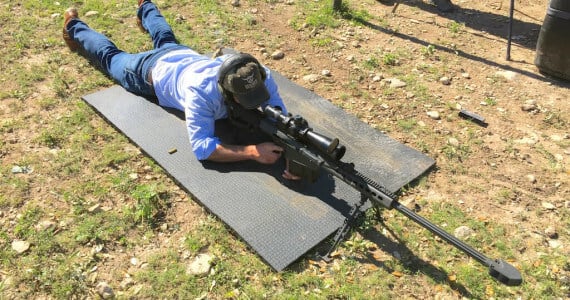 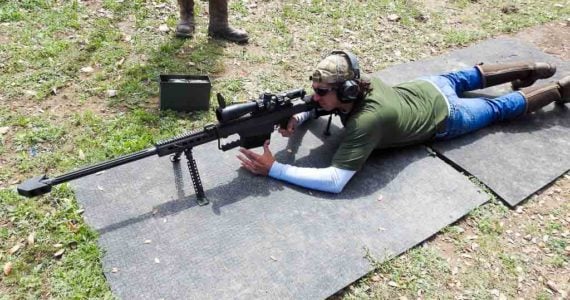 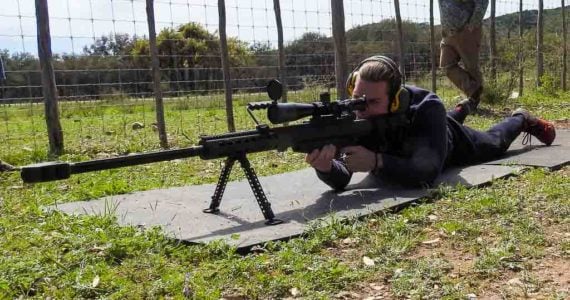 The Barrett M82 is arguably the biggest, the baddest, and the scariest semi-automatic gun in the world! This infamous gun has been featured in hundreds of movies and is feared by terrorists everywhere. A .50 cal round is over 5 inches long and is about nine times more powerful than a .223!

The M82A1 was developed by Barrett Firearms Manufacturing in 1986 and is officially designated as an anti-material rifle. This gun may be purpose built to destroy scud missiles, vehicles, and other hardened targets. However, it is also frequently used as an extreme long-range anti-personnel sniper rifle. In 2009, an Australian sniper using the M82A1 took the world record for the longest confirmed kill at over 1.84 miles!

You also have the option of shooting our .50 cal S&W500, the world’s most powerful production handgun! If you are interested in shooting additional guns, we highly recommend checking out our Machine Gun selection.