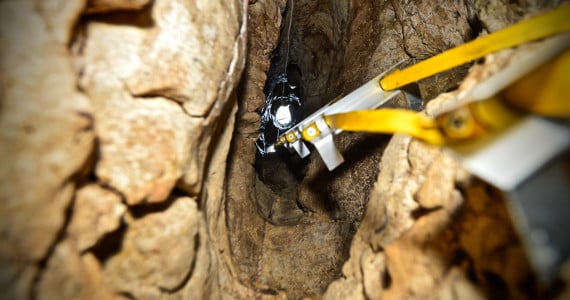 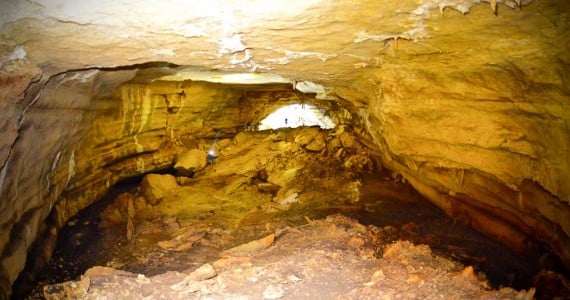 Caving: Free with all Lodging and Hunting

Ox Ranch has dozens of caves and caverns – some of them the size of a basketball stadium! Our cave tours and cave photography are sure to be a “blast” for the whole family! But don’t think we are going to be blowing anything up here. We will save that for the shooting range!

We have numerous living caves filled with stalactites and stalagmites. Some of our caves have been documented by the Texas Speleological Association (TSA), and others are so newly discovered that you will be one of the first humans to ever enter them!

We don’t have vampires, but we do have a large Bat Cave that houses tens of thousands of bats! This cave has a 30-foot high pyramid made of 100% bat guano (bat poop). During the Civil War, the guano out of this very cave was mined and processed into gun powder. The resulting gun powder was used to kill countless Union soldiers!

The Water Tunnel is a unique and refreshing water cave. The cave has a single tunnel that zigzags for hundreds of yards into the belly of the mountain. It takes hours of crawling through crystal clear spring water to truly appreciate and explore it’s depths. Don’t worry if you get hungry, there are plenty of leopard frogs to eat!

Brent’s Cavern is the most dangerous and the most impressive cavern discovered to date. The entranceway is composed of a 40-foot-deep sinkhole that has a circumference equal to that of a manhole. Once inside, the room opens up to what appears to be the size of a basketball stadium. The cave is alive and is surrounded by thousands of stalactites and stalagmites.

The floor of this cavern is littered with ancient bones belonging to sheep, deer, dinosaurs, and possibly even some Indians who may have fallen to their death!

Coral Cave has walls that look like and are as sharp as coral! Like most of the caves we have found, we have yet to fully explore it.

Crystal Cave is a small cave that is named after the boulder-sized crystal quartz that lies within. The mountain journey and stunning views of Ox Ranch are what truly make the trek worth the trip!

There are many caves that we have found just as awesome as these caves, but they still need to be explored! Will you be the one who is brave enough? We will provide the gear; you provide the sense of adventure!