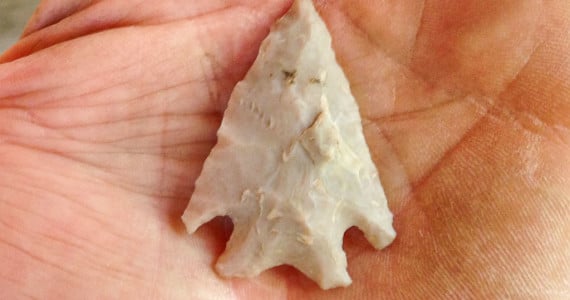 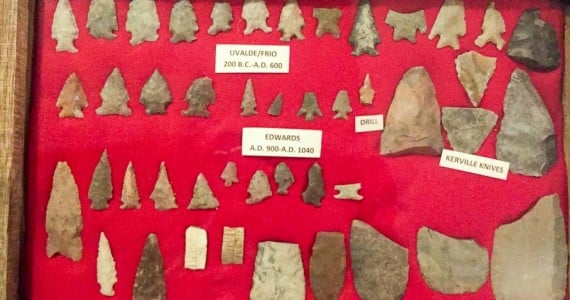 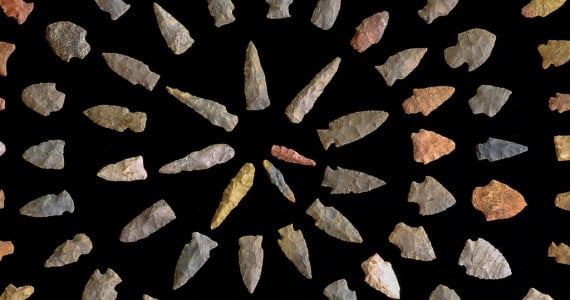 Ox Ranch has dozens of arrowhead mounds waiting to be explored! Our mounds have not been sifted dry and are frequently producing quality arrowheads, birds points, and ancient tools. Our guests have taken home hundreds of arrowhead souvenirs, some worth thousands of dollars!

Arrowhead Hunting is included FREE with all Lodging and Hunting packages!

Our visitors have found Andice, Frio, Kinney, Langtry, Nolan, Pedernales, Uvalde, Montels, Edwards, Castrovilles, Kerrville knives and many other Indian artifacts. Some of the tools found are from the Neolithic period from over 8,000 years ago before the pyramids were built!

We are not 100 percent sure about the tribes, but we believe thousands of Seminole, Comanche, and Tonkawa Indians once roamed our lands! [expand title=”More Information” trigclass=”noarrow”] While most people call them “arrowheads,” the majority found on Ox Ranch are more correctly called points. These were commonly used on an atlatl, which is a spear-throwing tool capable of reaching speeds over 90 miles an hour, perfect for taking down a buffalo. Native Americans came to Texas around 9,000 years ago while the bow and arrow were not introduced to Texas until 600 A.D. Points found on Ox Ranch fall within the timeframe of 6,000 B.C. – 500 A.D. The bow and arrow became the favored weapon once the large game that were hunted with the atlatl became extinct. While hunting for arrowheads and points on our various mounds, you will more than likely find one with a broken tip. This is because making (knapping) the tip was often difficult due to its thinness and often broke off. Consequently, the whole arrowhead was discarded.