My name is Jason Molitor, and I am the new Whitetail and Exotic Breeding Manager for Ox Ranch Genetics. Ox Ranch Genetics is a new breeding facility I am building for the Ox Ranch. I have been in the whitetail and exotic ranching industry since 1999. I started out as a guide and helping another breeding and capture specialist with the whitetail program at the 777 Ranch. I worked my way up to be the General Ranch Manager there for over 10 Years. I then went to the Recordbuck Ranch as an assistant manager in charge of the whitetail and exotic breeding programs.

A few months ago I met Tony Harden the Ox Ranch CEO. After an afternoon of getting to know each other, it became clear we both had the same vision and goals. We both want to be part of the best Exotic and Whitetail hunting operation possible. Tony told me how the Owner of the Ox Ranch, Brent Oxley, wanted to improve the whitetail hunting on the ranch. I met with Brent and a week later we were looking for the Ranch that would become Ox Ranch Genetics.

When we started with the idea of a new breeding program for Whitetails and Super Exotics for the Ox Ranch, I told them about having a separate breeding ranch to supply the main ranch with stocker animals. We wanted to have a place that was farther east out of the possible anthrax zone of west of the Nueces River not wanting to take any chances with our new breeding stock, however slim the possibilities. The area of the Ox Ranch has the terrain and the size to be one of the best hunting destinations possible for a challenging hunt. But for our breeding ranch, we wanted something flatter and less rocky with good drainage. We found the perfect 645 acres along the Frio River just north of Knippa, Texas only 35 miles east of the Main Ranch. The purpose of this ranch is to supply the main ranch with the best genetic whitetail and super exotic yearling stock we can produce.

Now that we have the ranch comes the hard part, what type of whitetails do we buy to start our new herd? With the cases of CWD found in Texas and new rules and Regulations, it made the decision process even harder. We knew the type of deer we wanted, South Texas mostly typical antlers. We also want to raise deer that average in the mid 200’s. That means big frames and tall tines with a few split tines and kickers, but none of the crazy horned deer that score high but stop looking like whitetail deer. 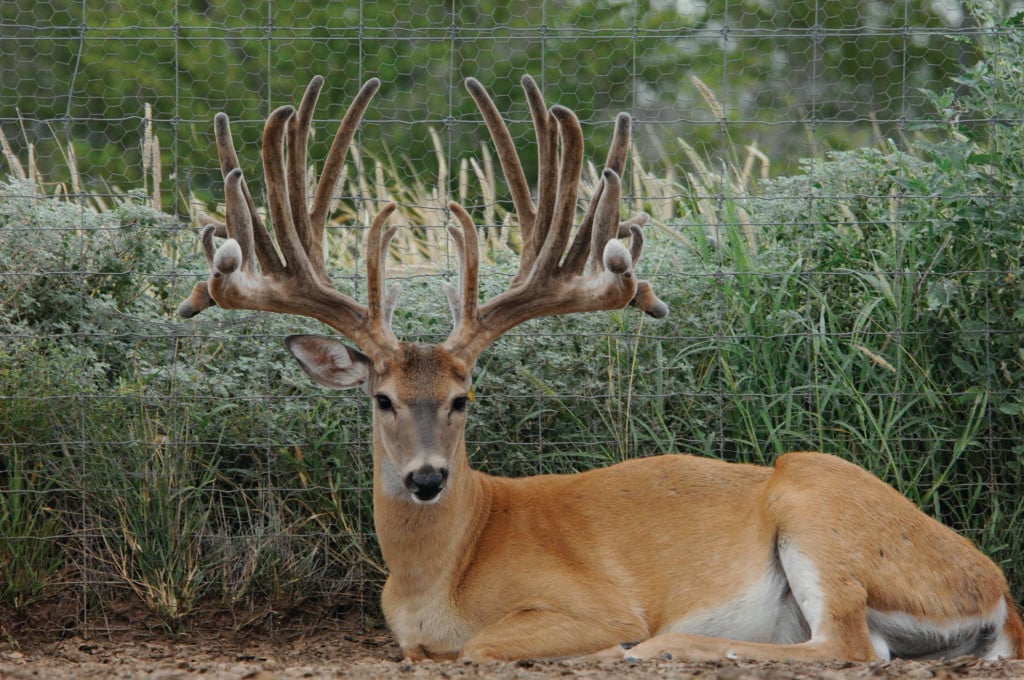 Today deer herds are in three classifications of deer breeders and release sites in Texas. TC1 Herds that have tested 100% of eligible deer mortalities in their herd for CWD for at least 5 years. TC2 herds that have done at least 50% of testing for CWD in the last few years. TC3 herds that have done the minimum 20% testing CWD. With TC1 herds, none of the hunter harvested deer released from the herd need to be tested for CWD. TC2 herd must test 50% of hunter harvested released deer. And TC3 herds must test 100% of released deer and put in special ear tag before release. As a fact, most breeders had only maintained only the required amount of testing of 20% to be movement qualified as set forth by the state. The state gave these breeders the option to kill and test otherwise healthy deer to get to the TC2 status. Basically forcing breeders to kill healthy deer or remain as TC3 with mostly worthless deer that no one would want to buy or release for hunting with ear tags and 100% testing required. This all per Texas Parks and Wildlife rules and guidelines.

TC3 herds are not even an option for us. We wanted to first start with all TC1 Deer. However, of the thousands of breeders in Texas only around 60 breeders currently had TC1 status. The Vast majority of deer breeders in Texas are TC2 currently. Before CWD was found in Texas, the only reason to become TC1 was if you wanted to sell deer across state lines. And since the testing requirements for hunter harvested deer just came about last season after CWD was found in Texas, most breeders did not bother paying for testing of more deer than the state required to be movement qualified.

The OX Ranch wants to be harvesting 300 whitetail bucks a year off the 18,000 acres after 5 years into our new breeding program. That is the reason to start an intensive breeding program on Ox Ranch Genetics and release bucks and does each year to keep the buck-doe ratio as close to 1 to 1 as we can on the OX Ranch. With this goal in mind, we decided, we needed to start with 150 bred does.

So, here is the next problem, where do we find 150 bred does of the type of genetics we want all from One Breeder? We wanted to buy all from one source because of some of the new rules about CWD. Currently, if a breeder has a case of CWD, any other breeder that has bought or sold deer to that breeder is also shut down and not allowed to sell or release deer from their breeder pens. The more places you buy deer from the bigger the risk of being a trace in or trace out facility and being shut down by the state. Which, if happened at the wrong time of year, means maybe not having a hunting season at all until you gained movement status again.

There were no TC1 Breeders large enough to supply us with all the bred does we wanted from a single source. So, we decided to look at TC2 breeders and start our program on 100% testing and gain TC1 status on our own as soon as possible. There are rumors that there is now a live test for CWD that the state may consider approving. If they do approve the live test, we may be able to live test all of our breeder deer and gain that TC1 status in less than 5 years. We are really hoping the state makes this an option for deer breeders. We will find out the new regulations in May of this year.

You must decide on a budget for the does you want to start your herd. Most Breeders now agree that the doe contributes as much as 60% of the genetics to the offspring. So, you want to buy the best does you can afford. Bred does can range in price from $2500-$20,000 each. Look at the pedigrees and for how many generations it goes back, and what type of deer are in the pedigree.

You can feed 2 deer a year with a ton of feed. With treats, hay and textured feed at various times of year, it is roughly $250-$300 a deer per year. So, once you get everything built, the operating cost is the same no matter what genetics you have in the program. It costs no more a year to raise 250” plus deer than 180” in overhead.

That is why we decided to buy the best bred does we could find in our opinion. 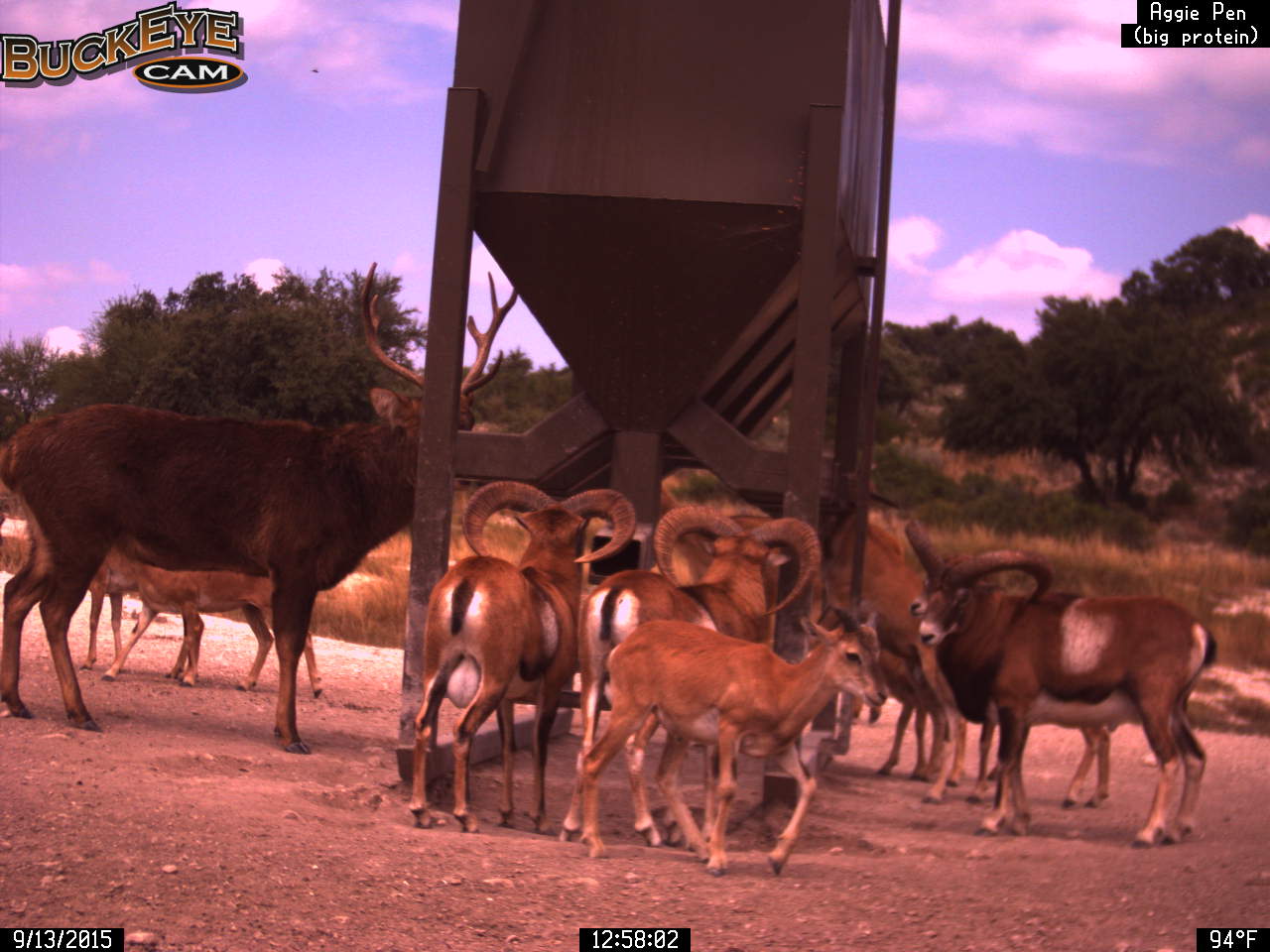